Evolving the Reputation of a Restaurant

This article was originally featured in the Beverage Journal of Maryland

Todd Collins of Platinum Reputations doesn’t take “days off”. In fact most everything he does has a purpose and that purpose is the client. The company hashtag #educateevolvedefend lends itself to the idea that this industry is ever-changing and always improving. The strategy and theory behind every service offered proves exactly that concept.

Platinum Reputations is a reputation management company that helps restaurants and other hospitality industry members manage and maintain a positive online presence. The 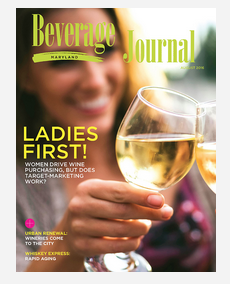 Todd consistently attributes his success to the people he is supporting, “I learn from my customers.”

He continued, “They have a better understanding of who is coming in their door and who they want to come in. Its people like Nick [Lib’s Grill] who help me stay in tune with what it takes to acquire the business of a younger generation.”

Todd worked as a waiter and bartender so he has restaurant knowledge of his own to draw on, but that’s not what he thinks is his most advantageous asset. Todd explained, “Sales training is probably most important. Being able to teach from a sales perspective.”

Using a sales oriented perspective, Todd uses staff meetings and other means to help educate and motivate servers to employ sales techniques to their everyday action at the table.

By taking the time to visit each of the restaurants he serves and educate servers Todd provides a level of training that is more directly geared toward a sales mindset.

“Most people don’t have the time to properly train staff so you find that it slips through the cracks.” Todd continued, “Just plugging in new staff doesn’t improve the business.”

As the COO of Platinum Todd sees a bright future for the company which directly relates to the goal of helping each client, “It comes down to old-school customer service. All of our representatives are closer than a text; they’re local.”

Being that Todd uses people who understand the local marketplace, he is able to offer a different kind of service than larger or less involved reputation companies.

The need for this kind of service for both small and large businesses is obvious. Todd’s involvement and realization of the need came from a very personal experience, “We built this from nothing.” He went on, “My family had some poor exposure online and we needed to find a way to clean up some of the things being said online and we found that there were a lot of people who were having similar problems. We developed ‘removemyname.com’ and it took off from there.”

Family is still an important driver for Todd even though he convincingly explained, “My business and my job is always number one. Some people will hate me for saying that. He explained, “My girlfriend and my four kids are my life, but what I’m building is important. Hopefully one day one of them will be interested in taking it on.”

Todd’s involvement with his family and the national company aren’t the only ways he stays so driven. Platinum Reputations is also the primary sponsor for Baltimore and Carroll County Restaurant Weeks.

“It’s been a perfect union that is mutually beneficial.” Todd explained his involvement in the two Restaurant weeks, “It was just a really easy fit and we’re proud to be their largest sponsor.”

The challenges that life present often offer opportunity on the back end and that’s exactly how Todd Collins viewed the difficulty that plagued his family. “You just have to take opportunity and create a solution.”

Todd’s dedication to old-school customer service and to learning while constantly evolving is a big reason for his continued success. It’s hard to find someone who exudes more exuberance and excitement over the competitive and cooperative nature of his job. The dedication to improvement for his clients combined with the drive to show them how to be and compete with the best in the business is evident in his day-to-day activities.

One other job you would rather have?

“Motivational Speaker – It’s actually a goal for me.”

“It’s actually very much still open, but Elmo’s in south Hampstead. They have a no cell phone policy that the owner enforces. Can’t beat it.”

<< Includes all basic features plus:
Get Started!

<< Includes all basic & premium plus:
Get Started!